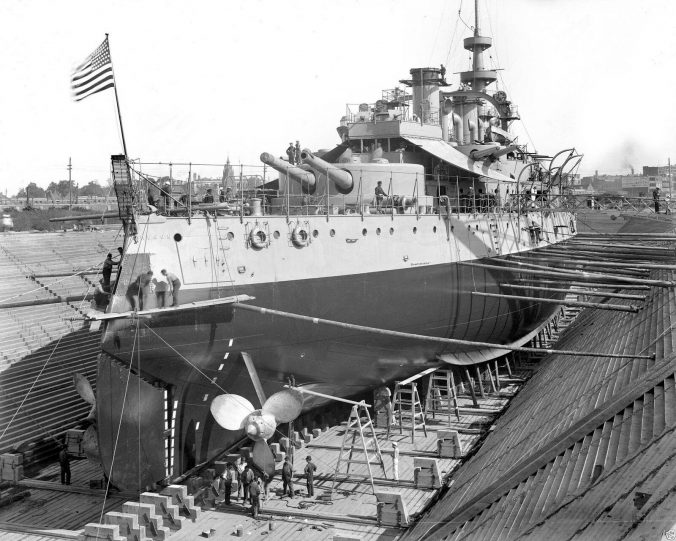 I’m a fan of CGP Grey’s analogy of “navigating the waters of the sea of sadness” in terms of making progress with regards to mental health. His video “7 Ways To Maximize Misery” is an incredibly concise and engaging guide to developing better self-care habits, as well as being an amusing exercise in reverse psychology. Thinking about the analogy in my situation, especially over the course of the last year in general and the last few months in particular, leads me to an inevitable conclusion:

It’s not as bad as it has been, not by a long shot. I’m handling things in a more healthy manner, and I’m making progress in ways that are not insignificant. I’m aware of that, and I’m glad for it. At the same time, old and challenging emotions — guilt, shame, heartache, and grief — still swim in those dark waters around my boat. When they sense weaknesses in the hull that still exist, they bash against it, threatening to collapse everything I’ve managed to rebuild since I was released from the hospital last April.

It takes a few forms — a difficult conversation, a post on social media, radio silence after a message sent into the void. My heart aches for significant, mutual connections, the more the better. I mourn the good things from past relationships, even those that ended in disaster. Above all, I get battered port and starboard by twin kraken-tentacles of guilt and shame, constantly reminding me that it was my choices, rooted in unrealistic perceptions and unhealthy habits though they were, are the cause of all of this consternation, pain, and loneliness.

I’m healthier, and I’m glad for that. I’m still not healthy.

Being aware of that fact, frustrating as it can be because I’ve been working to be healthier for so long, reminds me of another fact. In a relationship, one partner’s unhealthiness can exacerbate the unhealthiness in others. If I am struggling with self-worth and looking to someone else to convince me that I am “good enough,” in those instances where I am really down on myself, the other person will begin to wonder if they are “good enough.” Thus, they turn to me for validation, and if they need validation, the thought follows that something I’ve said or done is taking away that feeling of validation, which makes me feel worse… It’s a self-sustaining, unhealthy cycle of ever-deteriorating emotions, and it causes damage to everyone involved.

That’s just one example, and it’s something that’s happened to me many times over the course of my life. Someone for whom I feel affection and/or attraction is feeling bad, or is in a bad situation, and I want to show up for them and use the things I have to offer to help them — at times, that’s taken the form of thinking I have to “save” them. I’m keenly aware of how unhealthy and unrealistic that outlook is, now more than ever. That doesn’t change the fact that I jumped into those situations without thinking things through, and once I was in them, I would stubbornly hold on to this idea that “yes, I can make a difference and I can make them better and I have to make this work because I said I would and if I don’t I’m a worthless failure.“

I want to pause here to say something very important. This is not anyone else’s fault and I do not blame anyone else for making me feel these things. My damage is my responsibility to fix, and I’m not putting the onus on anyone else to take responsibility for it. I know that I’ve gotten better about those things because I no longer leap into action to tilt at some romantic windmill, or try to fix something that is neither my responsibility to fix, nor am I equipped to actually address. I have better boundaries, now — hell, I actually have boundaries. That’s good. That’s healthy.

I still have those cracks in the hull, though. And they threaten to collapse the whole damn ship all over again, if I’m not careful and mindful and make healthy choices.

That’s why I’m considering myself in ‘dry-dock’ when it comes to romance, intimacy, and relationships. As I’ve said to a few friends, the only person I’m interested in pursuing right now is myself. I need to have a more solid, actionable idea of what it is that I want and expect out of a relationship, rather than letting my goals in a relationship being defined by a partner. I’ve pinned too much in the past on needs and wants that I’ve perceived, some of which never even existed. I want to be able to hold my own ground where my needs and wants are concerned, rather than being ‘blown about by every wind’, a term from Melody Beattie’s excellent book Codependent No More.

When you get right down to it, the most important thing for me to focus on regarding recovery and moving forward is taking responsibility only for those things that are within my control, and choosing what things are important to me and when to act on those things. If I can’t control something — an ‘all hands on deck’ situation at the dayjob, my cat’s whining in protest of me trying set down a healthy schedule for her eating wet food, another person’s feelings or situation that are not my responsibility — I have to let go of the idea that I am somehow obligated to exert control over the situation in some way that is detrimental to myself, exacerbates the situation in some way, or both. We are always choosing, as Mark Manson says in The Subtle Art Of Not Giving A Fuck, and it’s a concept I’ve taken to heart in order to make better and healthier choices for myself. The more consistently and constructively I can make those choices, the sooner my heart will be out of dry-dock.

These things don’t operate on a timetable. I don’t expect to be “out there” any time soon. There are several fundamental issues for me to address — my overall goal of overcoming my codependency, moving forward in spite of my dual fears of failure and success, and actively engaging in self-care and not taking too much on myself to ‘stay busy’ as examples — before I will feel enabled to function in a healthy relationship. And if I am going to be in a relationship in the future, doing so in a healthy and constructive fashion consistently and compassionately is the goal. It would be a nice change of pace — the reason I’m focusing on addressing these fundamental issues is the fact that those things going unresolved for so long has resulted in just about every relationship I’ve been in up to this point has been unhealthy on one level for another.

I just don’t want to hurt anyone else that I love. I want to stop hurting, too.

So that’s where I am right now. I know it’s been some time since I’ve posted. I’m writing when I can, mostly in a Star Wars fanfic or in D&D backstories. As I slowly gain ground in recovery, I find myself focusing on a few small projects, I guess as a way of working myself up towards actually finishing the novel. I know I need to set more time to accomplish my goals instead of waiting around for inspiration to strike. Hopefully, with things improving at the dayjob and a bit more emotional stability in my personal life, bandwidth will open up so I can do that more actively.

And then, at some point, perhaps soon and perhaps not, I’ll get this boat pushed back out to sea. Because if I start to sink again, I don’t know if I’d be able to come back up, and I don’t want that to happen, to me or to anyone else.

The Need To Break Through