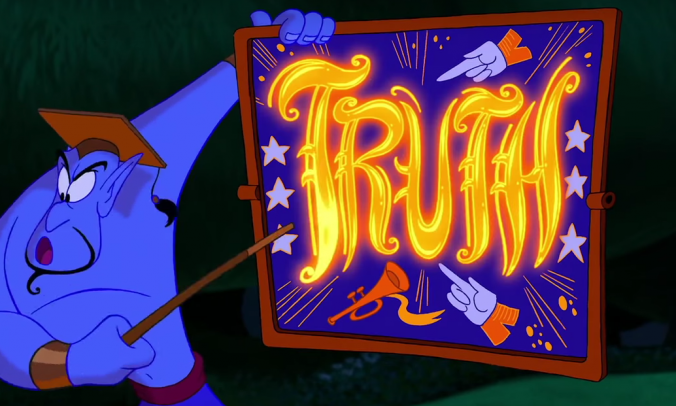 Let me kick this off with some honesty: I still maintain standards for myself that are, at times, unrealistic or too exacting. When I expect myself to be flawless in my Magic gameplay, or further along in my personal goals than is realistic, I will still get incredibly frustrated with myself. It can shift those goals from being SMART (Specific, Measurable, Actionable, for which I am Responsible, and Time-bounded) to being VAPID (Vague, Amorphous, Pie-in-the-sky, Irrelevant, and Delayed). As much as we might like to believe, they are rarely strictly one or the other. Much like ourselves, our goals can change in ways large and small based on life circumstances and shifting priorities. What is important is that we deal with these changes as they happen, accept that circumstances are changing, and make the most of the situation. That is a choice you can make. Just like choosing to be honest or not, or to do something helpful or harmful. It all comes down to choices.

There really isn’t anything tangible to support the idea that human beings are born with a predisposition towards ‘good’ or ‘evil’. I think that brain chemistry and family history can be factors in what causes a person to make certain choices, and the environment in which one is raised inform a child as to what is permissible, expected, and taboo. These are merely factors; an individual is still responsible for the choices they make.

To be blunt: you’re going to make choices that are ineffective, and sometimes harmful to others. Even if a choice is to cut someone toxic out of your life, there could be ramifications that cause harm for others as a result. What I want to focus on, however, is the mistakes that we make. Either as a deliberate choice we make, or a snap decision that is ill informed or based on false assumptions, we make mistakes. Sometimes those mistakes cost us dearly, in money or opportunities. Other times, there is emotional or even physical harm as a result. These mistakes do not mean that you are ‘bad’ or ‘evil’. If you can recognize the mistake, and make efforts in good faith not to repeat it and to correct what is possible and healthy for you to correct, that is a choice that matters far more than any judgement leveled upon you by others. The fact of the matter is this:

You are more than the sum of your mistakes.

Too often we allow the mistakes that we have made to hold us back from being who we want to be, or existing in the moment that is right in front of us. We treat situations with trepidation or even terror in spite of the evidence that is presented to us that the situation we believe exists is not reality. Yes, there are people who will cling adamantly and irrationally to the mistakes they’ve made and the opinions they hold because, tragically, those perspectives have become part of their identity as they perceive it and it will take far greater influences than our mere observations to change that, no matter how adamant we might be. The people who show up and are honest, first and foremost with themselves, and do not hide that honesty behind an artifice or use it as an abrasive bulwark against anything approaching vulnerability, are heartbreakingly rare. To aspire to be that sort of person is to fly in the face of everything modern society encourages us to be — shallow, immediate, knee-jerk reactionary consumers with myopic perspectives easily influenced by social media and broad stereotypes.

I know this is true because it is the kind of person I used to be.

It caused a lot of problems and it hurt people. I’m sorry that ever happened. To this day, it breaks my heart.

In the past, I would have wallowed in that pain and used it for one reason or another. We can’t do that to ourselves, though. It isn’t fair, to us or to those around us. I’ve had to let that behavior go because of its inherent unhealthiness. To punch down on oneself repeatedly is to inform others that you are someone who accepts being punched down upon, to at least some extent. Consciously or not, people will exploit that. If you are the kind of person who just accepts the status quo in your own life, that being lonely or marginalized or a failure is “just how things are, so I guess I’m just boned,” that is a choice you are making. And it is a dishonest one. Because it’s not true.

We make progress in stages. It happens one day, one hour, one step at a time. It’s slow going. And things can often make us hesitate, and sometimes trip us up entirely. I do still punch down on myself on occasion. More often, though, I find myself disasterbating. Be it at home when all is quiet and calm, or in the midst of a social situation full of clamor and camaraderie, my brain generates questions about how I’ll act, how others will react, what the results might be or could be or should be, and the next thing I know I’m frozen in place unable to act, or so frustrated that I’m beside myself with anger or anxiety. And then, when I recognize it, I can become frustrated with that, and it takes a lot of energy and effort to course-correct and get myself back into a wise mind state.

I wish it were as easy as just saying “stop” and then stopping. I know that’s not the case. I don’t mean to be reductive in giving advice, even to myself. Rather, in a way, I’m setting a goal. I’m putting myself in situations where I’ll have a better environment in which to practice the prevention of disasterbating, and removing myself from those where it’s more difficult. And all of this — the goals, the choices, the lessons — come from a place of honesty.

That’s the foundation upon all of this is based. There is literally nothing more important than that. It begins with being honest with oneself. To see what is within oneself, no matter how ‘broken’ something might seem, and to make choices as to how to effectively address those things. Past that is to be honest with how one sees the world. Do we accept the facts that are out there? Can we honestly address the challenges the world presents? Is it possible for us to let go of viewpoints and opinions that do not fit the facts, or do we cling to what’s been said before, what the prevailing sentiment is, where the bandwagon is going? The more honestly we can answer these questions, the more effective we will be in showing up in a way that features our best self, or at least the best self we can be in a given moment.

I can’t think of a person I’d want in my life who doesn’t want that. We can be better than we were. We can treat ourselves with more compassion, and encourage others to be more honest and more present. We can get there with help, and if for no other reason than so many have been there to help me, I’m here to help others. If I’m asked, if I’m able, I’ll show up to help.

Now more than ever, and for as long as I keep moving forward on this path of honesty and love and determination, you can fucking count on that.

Stop Putting It Off