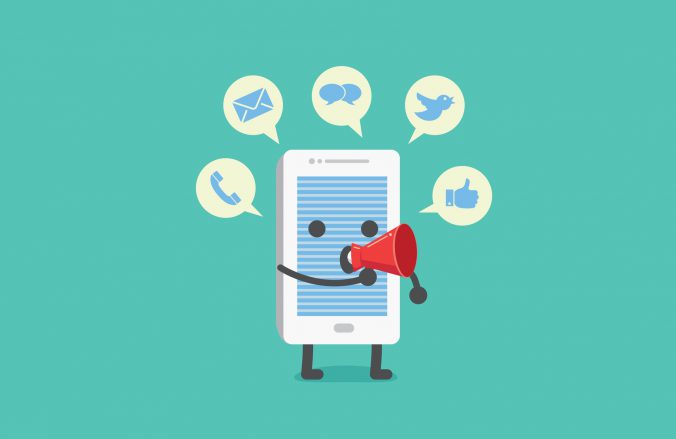 Stop Putting It Off

Normally, I’d save this sort of thing for a Friday 500. However, considering the last entry I posted here was in August, and it’s now bloody October, there’s no reason for me to put it off.

To be honest, that’s the point of this post in the first place.

I need to stop putting it off.

Even now, sitting here, typing these words out, I’m dealing with a lot of frustration and mixed emotions. Some things are exciting and heartwarming. Others, excruciating and heartbreaking. I’m in a place where I can better quantify them, see them for what they are, and remove myself from being in the midst of them to gain understanding and make a healthy choice regarding how to respond and move forward. Sometimes, though, that choice is “try not to think about it and do something else instead.”

Right now, part of me is reminding me that I would rather be playing Doom, blowing the heads off of demons and running to beat my last high score. I’d use that time to blow off steam, and take out some of my frustrations on some imaginary well-rendered fiends. But I’ve already spent a lot of my time distracting myself. I want to do less of that.

As I sit to try and determine what words I type next, it occurs to me that, in this case, what I’d be distracting myself from is anxiety welling up from a deep place of fear. How many times, now, have I put myself out into the world, tried to convey something that has meaning to me, only to have things go wrong? Be it due to self-sabotage and setting myself up for failure, or running headlong into a personality conflict that causes metaphorical explosions, I’d say that I’ve likely failed more than I’ve succeeded.

Why put yourself through that again? asks the would-be instructor basing their rhetoric on lessons of the past.

Like before, you’ll be too much for this person, and you’ll be so mad about it you’ll shove that person away, says the would-be psychic trying to project the past into the future.

These are both perspectives and voices in my mind, and they’re both liars.

Yes. I’m afraid that the novel I’m writing will cause some form of backlash. I’m afraid of having another D&D campaign abruptly cease to exist due to a personality clash or drama that has nothing to do with the people at the table. I’m afraid that showing up, really showing up, as my best possible self — this person who has a better handle on who he is and what he wants than he ever has before — and being treated like these words I’ve written and this work I’m doing and this person I am does not matter.

Bravery is recognizing you’re afraid, and then doing the thing in spite of that fear.

Obviously, this is more of a guideline than a rule. One probably shouldn’t say “I’m afraid of heights so I’m going to jump out of this airplane!” unless they have a parachute. Likewise, if there’s a situation that is unhealthy for me or in which I will be uncomfortable to the point of being ineffective, the healthy choice is for me to not engage in that situation. The point I’m trying to make, or at least verbally amble back towards, is that making a choice to work towards a desired outcome in spite of fear is not easy, not when there are so many distractions to soothe the anxious mind.

When I was in the hospital, watching the first videos on DBT, Dr. Linehan warned against “too much self-soothing.” Taking breaks and blowing off steam is all well and good, but as with all things, there has to be moderation. Without awareness of what it takes to make progress on a personal goal or project, or the willingness to stop following one’s nose for a moment to take stock of where one is and what the next destination for one’s intent should be, in our modern age we can drift from one distraction to the next without realizing it. The next thing you know, it’s the middle of the night and you’re wondering where the time’s gone.

Thankfully, this moment, right now, is a great opportunity to make a different choice.

Some choices are easy, others are not. What matters is taking the moment to step back and realizing that there is always a choice.

There are some things about our lives that we cannot change. There is no cure for certain physical conditions, and our mental and emotional imbalances will always be with us. We cannot undo the past, nor can we always right the ways in which we’ve been wronged. There are some circumstances we cannot control.

That does not mean we are powerless. And it certainly doesn’t mean we’re helping anything by putting off even just one step that we know we have to take to accomplish one of our goals.

When we feel fear or anger or doubt or heartache, the world is happy to distract us. Now more than ever, we have a thousand and one ways to put our cares aside and get lost in one form of self-soothing or another. We have to ask ourselves: how much is this really helping? Who is benefiting from this choice I’m making to play this game or watch this video or scroll through this social media feed? What is it costing me to put off working towards a personal goal? To what degree is this choice allowing me to get in my own way?

This isn’t to say any of these distractions are in and of themselves bad, or that participating in them is inherently wrong. It’s been said to me that good and bad are not something you are, it’s something you do. I’d go so far to say that it’s something we choose. I think that’s the key. We choose where we go, what we do, who we see. We choose how we engage with or disconnect from the world and those around us. We choose between making an effort to accomplish a goal, and putting it off until later for a variety of reasons.

I’m not trying to be a life coach or anything. This is more for posterity than to dispense advice. However, if you find the preceding pontification useful, I’m glad. I know that it’s very difficult to make decisions regarding how we spend our time and how we treat ourselves sometimes. I also know it can be difficult to make those decisions consistently. The important thing is to keep trying to make better ones, more healthy ones, and not be held back by fear that the wrong decision is going to be made.

Here’s the thing: not making a decision because you’re afraid it’ll be the wrong one is still a decision. And, in my experience, that in and of itself is almost always the wrong one. The right thing to do is to look at your feelings and the situation, weigh your options, and then actively choose one alternative or the other. Following through on that choice and accepting the consequences of it are a whole different subject, probably best tackled elsewhere or later.

We don’t just have to go with whatever is prevailing right now. There’s no reason to soak up ambient stasis or entropy, acting like some kind of negativity sponge, letting that energy keep us from making choices — first of all, that benefits precisely zero people, and secondly, the more negativity you soak up the more you’re going to put back out into the world, regardless of how many people laugh at your self-deprecating humor and sarcastic quips. I’ve seen a lot of people around me fall into a shrugging, grudging acceptance of a sucky status quo, this idea that “everything sucks and I’m going to die anyway, so what’s the point?”

I think one of the reasons I distract myself is to not think about how much that pisses me off.

This is really starting to ramble because I’m getting tired. Let me see if I can wrap this up.

I made the active choice to stop playing video games and write out this post. Tomorrow I’ll be making choices about how often I tackle new contacts at work, what food I’m buying and bringing home, and how I’m going to spend my evening hours. I have an idea of how to better structure my time, manage my own expectations, and leave myself room to do things like play video games. It might not work; I may slip into a more well-worn mental pattern of believing I’m too worn out by being productive in an office and dealing with my day-to-day mental and emotional gobbledygook to do anything worthwhile, at which point I’ll sit at my PC, refresh my Twitter feeds, and watch the animatic of the moment in “Critical Role” where Keyleth turns into a goldfish for the bazillionth time.

At least this, right here, is proof to my future self that I can, in fact, make the active choice to stop putting something off.

I hope it’s helpful, Future Me. And maybe, reader who is not Future Me, you’ve found this helpful too.