The Lessons Within “The Last Jedi”

Be advised: there will be spoilers in this treatise. I can’t discuss what I want to discuss without getting into detail about the plot and the arcs of the film’s characters. Fairly be ye warned.

Before I saw Star Wars: The Last Jedi, I heard about all of the negative takes on it, all of the review-bombing, all of the neckbeard hatred getting spewed all over the Internet. It made me more than a little angry; the troglodytes and trolls who march to the drum of GamerGate and the myth of misandry and the Nazi party simply can’t take a hint, which is frustrating. I resolved to avoid spoilers as much as possible before I finally saw the film.

And now that I have, the vile vitriol of these chuckleheads is just downright amusing to me.

The whole point of The Last Jedi is that we need to let go of our pasts. In order to truly move forward, to be better versions of ourselves, we have to do away with preconceived expectations and deal with the now, in order to build a better future for ourselves and those we love. Above all, we have to learn from our mistakes.

And everybody in The Last Jedi makes mistakes.

Let’s not mince words, here. The mistakes made by Poe get a lot of people killed. From the very beginning, Poe’s “take the fight to the enemy” attitude costs the Resistance the bulk of their fighting forces. He goes one step further when he disobeys Admiral Holdo’s orders to support her and hold their course. She knows Poe is reckless, that his macho never-say-die swagger and desperate plans are an unknown factor she cannot trust. And that lack of trust got under Poe’s skin so much that he sent Finn and Rose on a wildly dangerous mission and lead a mutiny against Holdo’s command. Poe made his mark in our lives, and in the life of Finn, by being an ace pilot and a bit of a maverick; it is these aspects he must face and overcome in order to grow. He — and we — erroneously believe that those things are always good things, when the reality is that it pays to dial back the recklessness and seat-of-the-pants ‘handsome rogue’ routine when other people are counting on you. That sort of thing, in times of crisis, can be downright toxic or even deadly.

Finn makes plenty of missteps in his own story. He is “a man who wants to run,” and that’s still his first instinct. Granted, it’s to undertake a desperate plan to get the First Order off of the back of the Resistance, but it’s still running away, on his own. Rose intervenes and finds a way to go with him; this does not stop him from continuing to fail. Even after he finally decides to stop running and dedicate himself to the cause of the Resistance — which, incidentally, is why the sequence in the casino matters — he keeps making mistakes. At the climax of the story, he puts himself in a position to make a “heroic” sacrifice in a suicide attempt to destroy a First Order weapon; Rose denies him that, doing serious damage to herself, but “saving what we love” is a better way to seek victory. She’s right, Finn screwed up one last time, and you can tell from the expression on his face that he’s going to learn from this mistake. 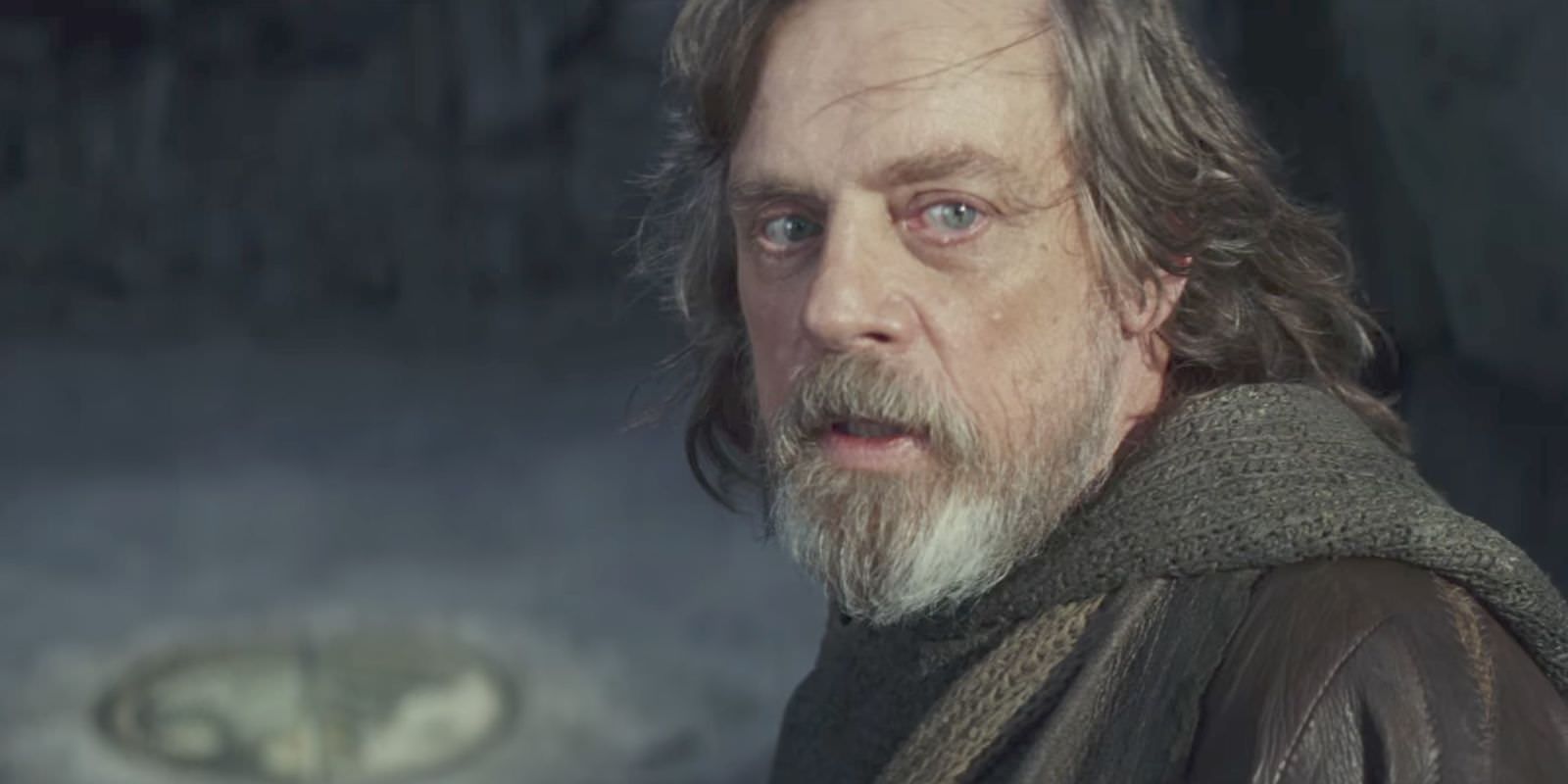 Learning from failure is something Luke Skywalker needs to do, as well. He got ahead of himself and operated under the assumption that the old Jedi Order was something that needed to be preserved. In his hubris, he completely mishandled the training of his nephew and gave rise to an individual who ultimately becomes the Supreme Leader of the First Order. He is so struck by the completeness of his failure that he removes himself entirely from the rest of the galaxy. It is only through Rey, her determination to carve out her own place in the scheme of things, and her unflagging belief in the idea of the Force as something that guides and protects, that Luke is shaken out of his depression and forces himself to come face to face with his mistakes. It is only through Rey — whose lessons are reinforced by Master Yoda — that Luke learns from those mistakes and manages to make a difference, saving lives in the process. Even perhaps, in the long run, the life of Kylo Ren.

Few characters exemplify toxic masculinity as completely as Kylo Ren. His power and potential are regarded with fear by his parents and his uncle. Snoke takes him in only to abuse him and exploit him. His alienation and isolation cause him to turn to the memory of his grandfather and the fascist scheme that created Darth Vader. Moreso than Armitage Hux, a power-hungry despot who fetishizes the Empire’s military might and comprehensive brainwashing, Kylo longs to be relevant and powerful. Since so much of his life has been out of his control, he wishes to seize control, and the only way in which he’s been shown to do so is by force. He and Hux both want to be bigger, badder, more powerful, and more famous than their predecessors. If that’s not a manifestation of the alt-right zeitgeist, I don’t know what is.

Is there a redemptive path for Kylo Ren the way there is for Luke, Finn, and Poe? It’s difficult to say. He comes across to Rey as someone who wishes to help her, to become her ally. Partially due to seeking a relationship that is not abusive, and partially because he merely wishes to posses her, he reaches out to her, coming dangerously close to being ‘seduced’ by the Light. Rey, for her part, feels the pull of the Dark Side, the quick and easy path to power that promises to fix all of the problems in her life and in the galaxy. These are two characters who have been tossed about by tides of life far beyond their control, and who wish to make their own way forward. Kylo’s biggest mistake is in trying to tell Rey that his way is best. He both offers her insight and mansplains the Force to her. He does everything he can to win her over — not necessarily in a romantic sense, but to prove that even in recruiting a follower, in using methods other than abuse and force, he’s better than Snoke.

Rey, for her part, holds onto her belief in herself. She’s always been a person who reaches down into the depths of her own being to find strength, power, and answers. She turned to Luke because the Force was something she barely understood, and he encouraged her to feel it on her own terms to find her own purpose, as he did when he was young. It occurs to me that if he’d taken this approach with Ben, rather than adhering to what Jedi Order teachings he was trying desperately to preserve, things might have been different. But having made that mistake, he tries to learn from it and gives Rey the instruction she needs — the answers lie within oneself, in our own light and darkness, and it is we who must make the choices that decide the course we take. To Rey, discovering that the Force is not unlike the path of self-reliance that’s guided her until this point is the sort of epiphany we all seek — it’s as simple as it is empowering. 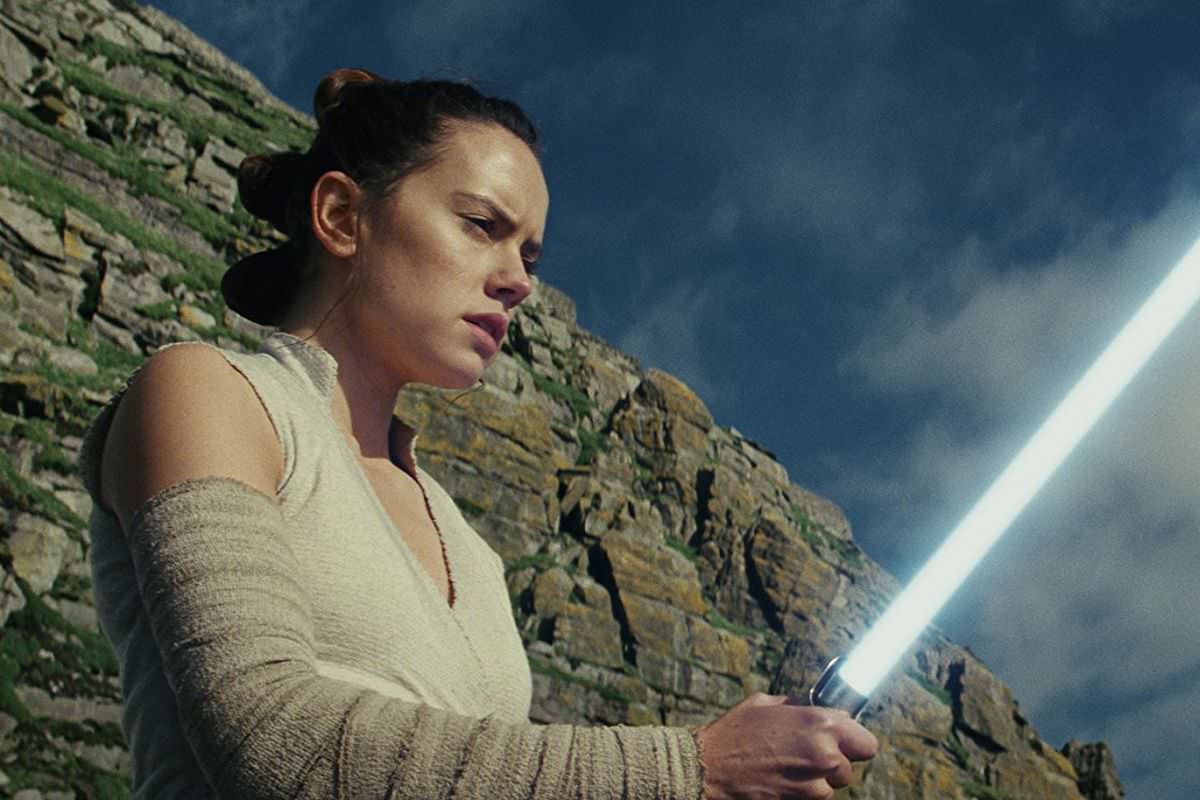 I know that I’m not the first to see The Last Jedi in this way, but I hope that in taking things point by point, character by character, I can illustrate why I feel this is a better film than Empire Strikes Back — it has more to say. To me, the best science fiction, even a fantastical space western where people hack off each other’s limbs with laser swords, says something about our society at large. If anything, Empire Strikes Back is a time capsule that latches onto the fears of its time. The characters are betrayed by friends and crushed by enemies. But these are things that happen to them, not because of them, with the exception of Luke’s decision to try and rescue his friends. The Last Jedi gives us active characters across the board whose choices, especially their wrong choices, shape the story that unfolds, rather than allowing it to unfold around them. If the story of Empire Strikes Back is one of fear, The Last Jedi is one of determination. And that will always be more empowering and more meaningful than fear.

Poe, Finn, and Luke all become determined to learn from their mistakes, to turn their failures into lessons that can be applied towards making the galaxy a better place. That’s what makes them heroic, not the explosions they cause or the sword fights they have. Kylo is blind to his flaws and failures, for the most part, and that’s what makes him villainous. The film is not merely saying “here is what toxic masculinity is”; it goes on to say “and here is how you can be better than it, if you stop and think and learn how.” Our heroes need to fight themselves just as much as they need to fight their enemies, and as exciting as their face-offs with their enemies might be, their struggles to overcome themselves and their pasts is, to me, far more meaningful. 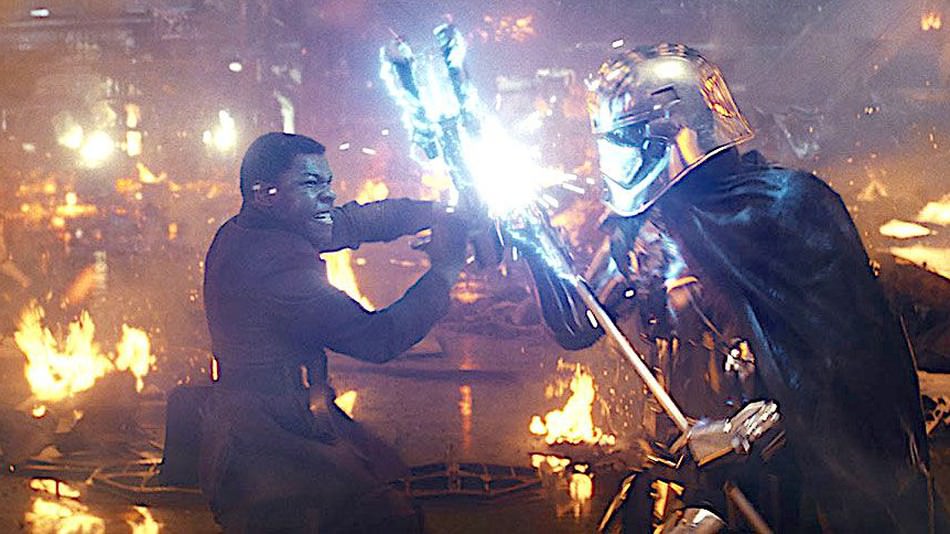 I love this film. I love that its female characters are strong, determined, and supportive. I love that its male characters are flawed, insecure, and emotional. Nobody’s dumb, and nobody’s a caricature. These feel like real people. You can understand them, empathize with them, and desire to see them improve and grow — even a character like Kylo Ren. “You can be better than this,” I want to say to Kylo, as much as to many other people that have been in my life. “Why aren’t you better than this?”

The Last Jedi, in addition to being an exciting sci-fi adventure, a well-shot and nuanced film, and a worthy continuation of one of the greatest sagas of our time, is a living example of how we can learn from our failures and overcome our flaws. It shows us people, men in particular, who have fucked up and possess the strength and wherewithal to learn from it, to do better, get better, be better. This isn’t just something that applies to us now, even if the film is cast within a certain encapsulation of our current socio-political climate. It’s a timeless lesson, one that I myself have had to learn, and that will never lose its edge or its power as we move into a future that, one hopes, is better and more prosperous than the past we will, and must, leave behind.

That’s the whole point of it. Learning from our mistakes means letting go of our past. Stop fetishizing those things you hold dear, stop falling back on old habits and lines of thought, stop trying to force the world to conform to your point of view. Instead, look within yourself at your failures and flaws, learn what you can from those choices, and dedicate yourself to overcoming the obstacles you’ve created for yourself on a path to being a better person. Only then will you make the world a better place. You won’t do it by screaming at everyone else how wrong they are about things and calling them names.

As much as I laugh at the enraged fanboys, I can’t help but pity them. They completely miss the point.

That, to paraphrase Master Yoda, is how you fail.

Learn from those failures, or be defined by them.